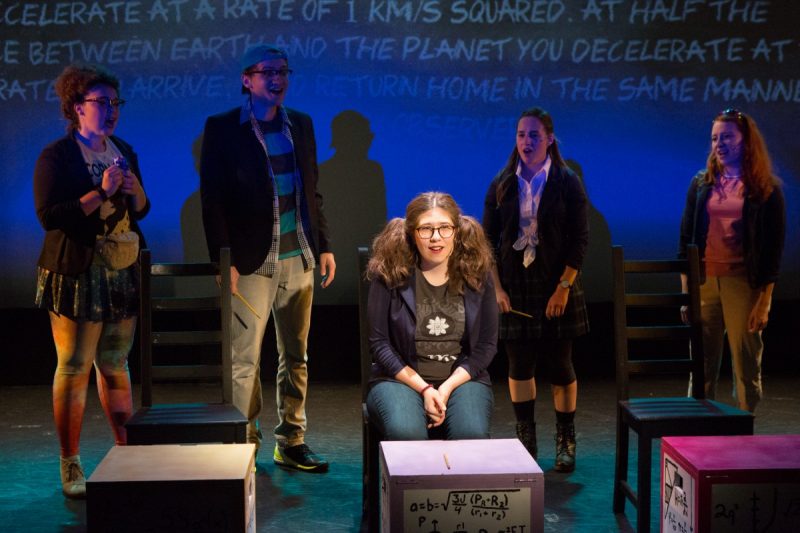 The Numbers Nerds are a math team at Waukesha Charter High School, a Catholic all-girl school, which is now co-ed. We meet: 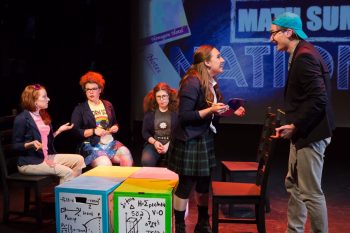 They are at the Regional Math Competition.  They’re presented with a very complicated question. But Melissa, their captain, becomes paralyzed with stage fright, and they lose.  The other three members, in their anger, fire her from the team.

Suddenly they find that the winning team has been disqualified for cheating. So the team can go to the National Math SUM-IT. But they only have three team members, and must have at least four. Ms. McGery, their drama teacher until last year, has lost her job in cost-cutting, and is now the school janitor. Still, she cares deeply about the girls, and encourages them to seek another team member at the school Activity Fair. They do that, and select Leroy, an awkward boy, home-schooled till now by his missionary parents.

Still, Melissa begs to be reinstated. With Ms. McGery’s help, she takes steps to conquer her stage fright and is accepted back. The five person team leaves for the national competition, with Ms. McGery as their chaperone. Meanwhile, Melissa continues to obsess over the math problem that stumped her at Regionals. Comments from the other team members slowly clarify elements of a solution. 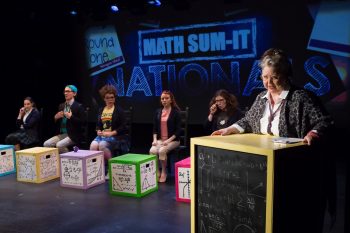 At Nationals, they go through several rounds of questions, and succeed each time. But meanwhile, their “team spirit” unravels. They turn on each other. Ms. McGery tries to call them back to their better selves. Melissa finally embraces her leadership role. She asks her teammates why they love math; and in replying, each reveals how it feeds, supports, protects and empowers them. With new energy, the team approaches the final round.

It is an “elimination round.” Questions are put to each teammate in rotation, eliminating members as they fail. Finally, only Melissa remains. But as time runs out, there is also one person remaining on the other team. So there must be a “lightening round:” one question posed to the two competing players. 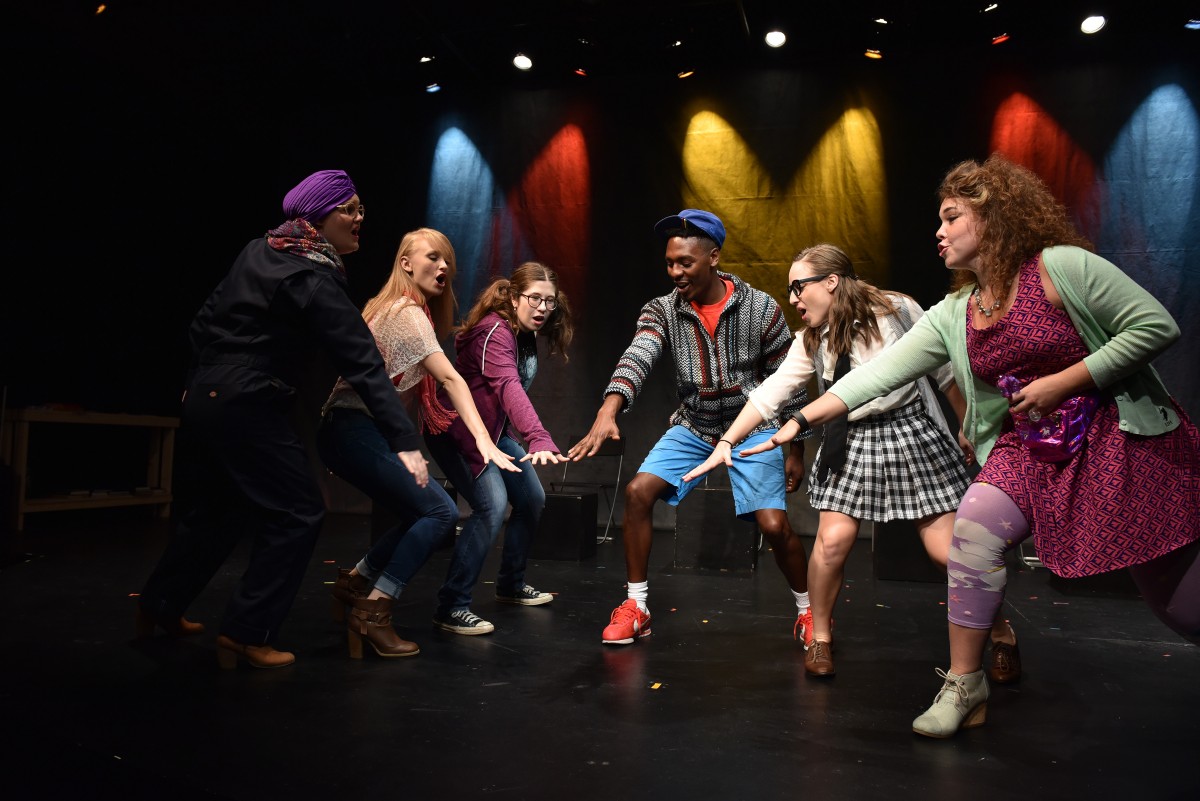 The question is announced, and it is quite similar to the one that Melissa missed at Regionals. As she recalls the suggestions made by her teammates, and takes strength from their support, she answers it correctly. The NUMBERS N3RDS are the national champs!