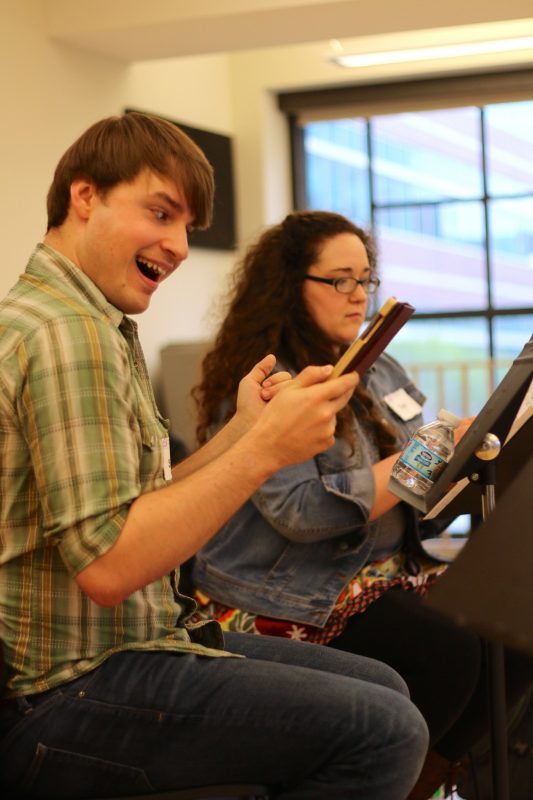 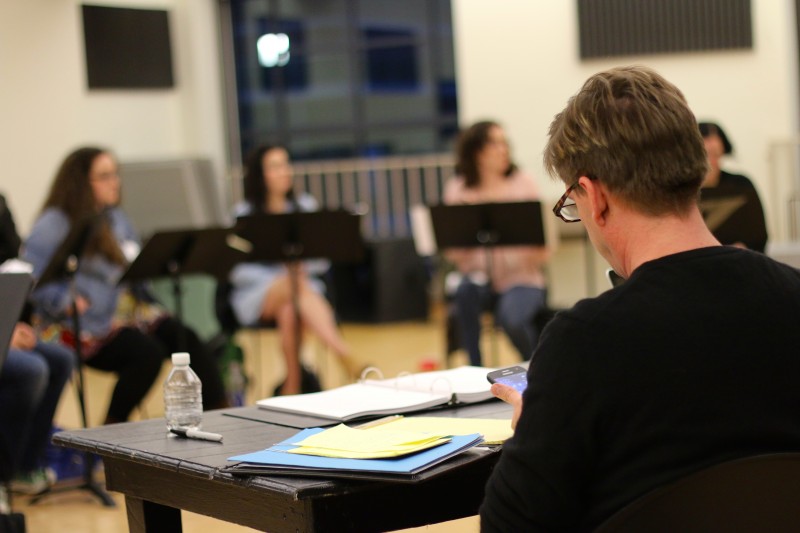 The drummer got there first, and started to unpack his equipment.  One actress arrived, said hello, and then immediately took out her earphones and score and started to rehearse by herself.  Soon the other actors arrived – each one ready for rehearsal and then for a read/sing through of our first full draft of NUMBERS N3RDS.

Oh…did I tell you that Amber Mak will be directing the workshop production of NUMBERS N3RDS in August?  Well…..it is true.  And, moving toward the workshop, she agreed to be see this reading. With Amber’s wealth of experience and all- business approach, we knew this would be a whirlwind experience. 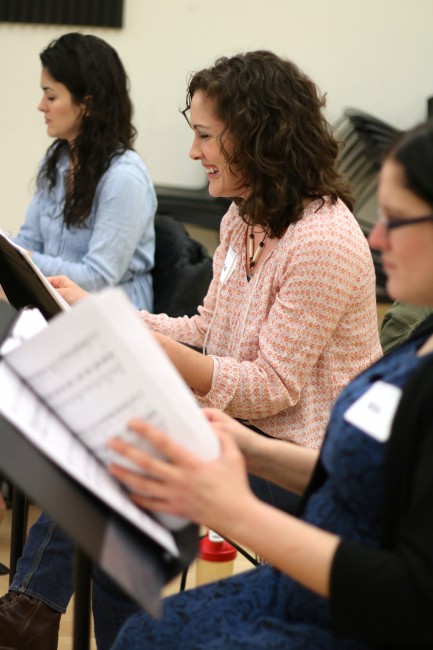 The rehearsal started.  Music…lots of music.  15 numbers had to be rehearsed with the musical director (the hugely talented John Cockerill) and our drummer (Jon Levitt).   In the first evening, the musical director discovered that two songs didn’t work in one performer’s range.  Can they be transposed ASAP?   Our composer (David Kornfeld) rose to the challenge.   By 9 the next morning, new sheet music was available.

About five people were asked to attend this private reading and they would arrive around 1pm.  But first, an intense morning of rehearsal.  We had to get through the last of the music, and then start to read through the script for the first time.  During this read through we told the actors when to stand or sit and gave direction about characters and motivation. Questions from the actors about musical parts were answered by the musical director and tempos were solidified. But we ran out of time, and didn’t  finish running the show before we had to break for lunch.  Ah, the white-knuckle life of the theatre! 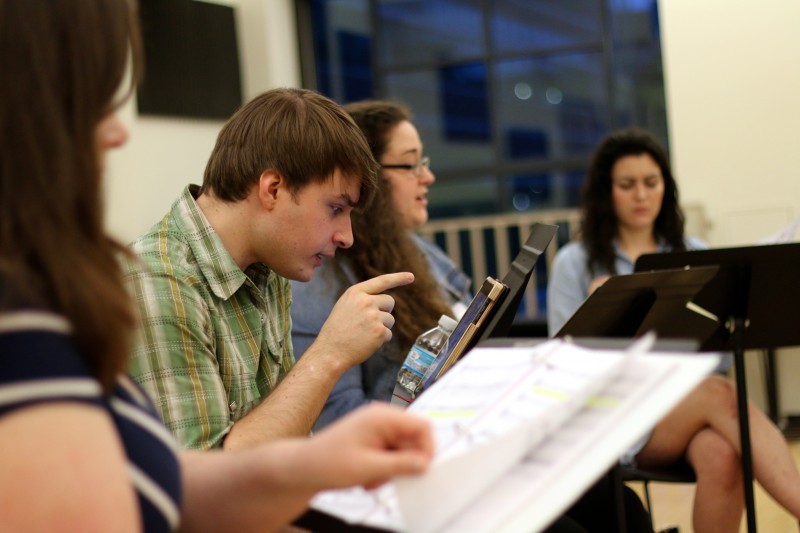 Then, it happened – we began the reading.  Our actors (some of the best non-equity actors in the City of Chicago, mind you) made the characters come to life.  They gave voice to the words written by Laura Stratford.  David Kornfeld’s music soared through the space and Alex Higgin-Houser’s lyrics made people laugh and cry.  And NUMBERS N3RDS began to feel real!

Here are some pictures….Enjoy….(photography by Cody Jolly)